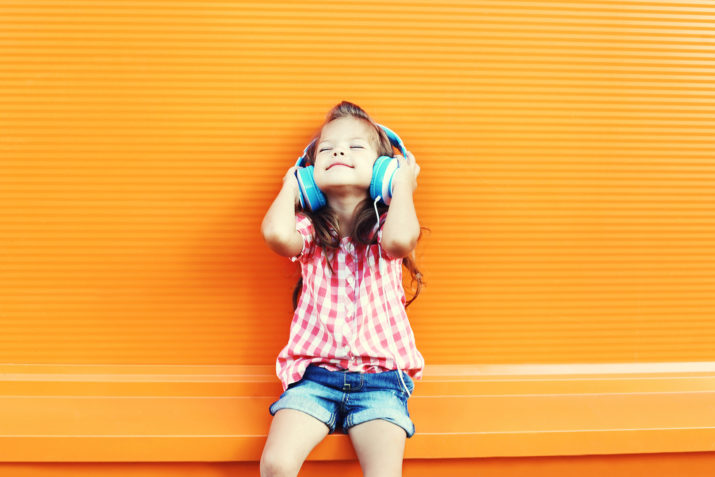 The Sound of Music: Why it’s So Powerful

The power of music has universal appeal. All cultures have some form of music, from the most advanced to those still using stone-age technology. Humanity only developed reading and writing about three thousand years ago, but we were singing and making music millennia beforehand—some of the earliest man-made items ever found were musical instruments.

The power of music effects children in many ways. As any parent knows, a soft lullaby soothes and calms children, while a bouncy pop tune gets kids energized and active. Our emotions and mental state are deeply affected by music; just try to imagine your favorite movie without its soundtrack.

Singing would have been humanity’s first foray into the world of music, probably followed by drumming and then more complicated musical instruments. Singing helps children develop many skills, including:

That last point really drives home the power of music. How did you learn the alphabet? Chances are very good you learned them by singing the ABC song. We remember information better when it’s set to music.

The Science behind the Power of Music

Research indicates that when children start to learn to play music, they begin to identify sounds they would otherwise ignore. This heightened ability to process sounds has been linked to better reading and improved academic grades.

A study published in the Journal of Neuroscience confirmed just how much music affects children. The study examined the academic achievements of students involved in The Harmony Project, a community music program serving low-income children in Los Angeles.

An impressive 93 percent of Harmony Project seniors went on to college. This figure is remarkable in and of itself; it becomes even more impressive when you realize the dropout rate in the students’ neighborhoods were fifty percent or higher. The research, which includes capturing brain responses, proved music training makes positive biological changes to children’s developing nervous systems.

Nina Kraus, director of Northwestern University’s Auditory Neuroscience Laboratory, led the study. Krause notes the more actively engaged students were with music lessons, the greater music’s effects on children become. Her research seems to disprove the “Mozart Effect,” which suggested that simply listening to music affected childhood brain development. Active engagement with music seems to be key (although exposing your child to a wide range of musical styles certainly can’t hurt, and will increase her appreciation for different types of music).

Kraus’s studies focused on learning to play musical instruments, and not singing, but there’s no reason to assume singing won’t have similar effects—your voice, after all, is simply an instrument you carry with you all the time, and practicing singing actively engages the child with music.

For most kids, singing is the first step on their musical journey. Musical instruments come later. You can encourage singing with lullabies, family sing-alongs, and singing with the radio. Build an association with singing and reading by singing songs from books such as My Sing-Along Book, which personalizes twelve classic children’s song with your child’s name. The book comes with a CD of the personalized music, so your little one can experience the thrill of hearing his or her name in a song.

How to Make Sure Your Child is Reading at the…

How to Talk to Kids about Racism and Protests