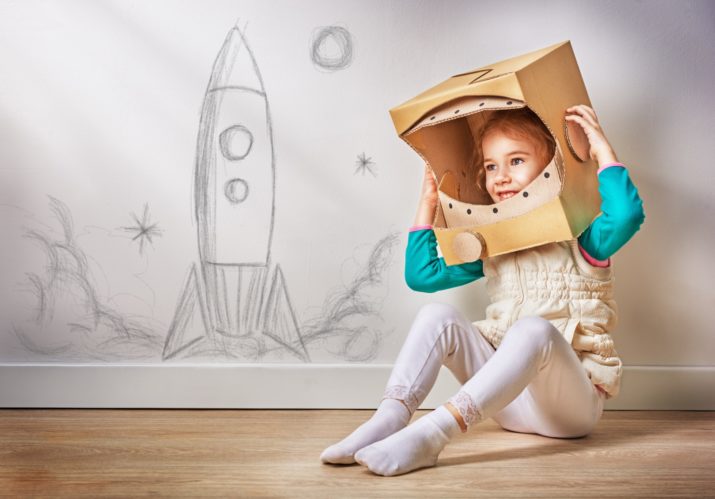 The Science of a Wild Imagination

The science of imagination is more important than ever, given how a kid’s imagination now has to compete with the instant gratification of television, social media, and video games. While there’s nothing wrong with electronic entertainment in moderation, the psychological benefits of imagination are enormous.

Imaginative play involves role-playing, often in imitation of parents or teachers. Role-playing allows kids to explore their own experiences and practice “being grownup.” It’s a way of making sense of the adult world around them.

Imaginative play gives children a chance to assert their independence. By choosing what to play and do without the input of adults, imaginative play teaches kids self-control and how to make personal choices. It’s also a chance to explore and develop their own interests. Children who are denied opportunities to practice self-control are more likely to experience anxiety or depression in later life.

Imaginative play runs the risk of children having arguments with friends, getting frustrated, or experiencing other negative emotions. This is a good thing. Children who experience small doses of negative emotions are better prepared for dealing with such emotions in later life.

When children engage in imaginative play together, they make friends, develop social skills, and resolve interpersonal conflicts. Imagination helps kids understand other people have emotions and needs—even an imaginary friend will be given a personality, motivation, and emotions of his own.

You don’t need to understand the science of imagination to realize that imaginative play is more active than sitting in front of a computer monitor. Imaginative play encourages both fine and gross motor skills as kids run, dance, and manipulate toys and other objects.

The Importance of Personalized Gifts

How to Plan a Valentine’s Day Party for Kids

Benefits of Coloring with Your Kids

Back to School Gift Ideas